The faculty for the University of Utah MS in Electrical and Computer Engineering operate on the frontiers of their specialties. They are active researchers – and in many cases entrepreneurs – who pave the way for theoretical innovations and practical applications in their respective fields. They lead teams exploring areas like high-performance computing, digital signal processing, nanotechnology, and wireless microsystems.

The instructors in the online MSECE program are the same world-class faculty who teach on-campus courses at Utah. Their experience with the real-world applications of engineering concepts inform high-quality online lectures and individualized mentorship. Students benefit from small classes with opportunities for one-on-one meetings with highly knowledgeable faculty. The ECE faculty engage with students’ individual projects and research interests, guiding them toward achieving professional excellence and finding commercial applications for their ideas. 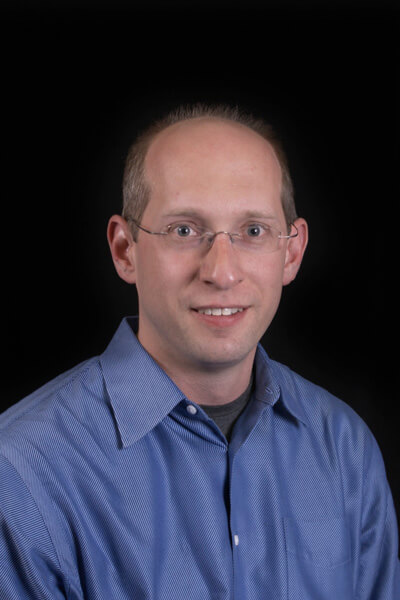 Prof. Solzbacher received his Master of Science in Electrical Engineering from the Technical University Berlin in 1997 and his Ph.D. from the Technical University Ilmenau in 2003. He cofounded several companies, such as Blackrock Microsystems, Blackrock Neuromed, and First Sensor Technology. He was a board member and Chairman of the German Association for Sensor Technology AMA and of Sensor + Test trade show and conference from 2001 until 2009 and serves on several company and public private partnership advisory boards and international conference steering committees. He is the author of over 190 journal and conference publications, five book chapters, and 22 invention disclosures, pending patents, or patents. 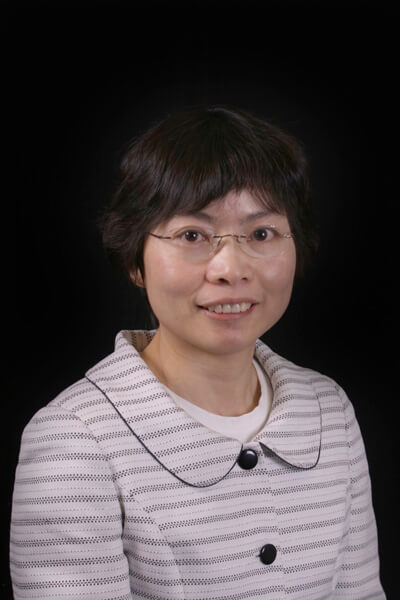 Rong-Rong Chen received a bachelor’s degree in applied mathematics from Tsinghua University, China, in 1994. She completed a master’s degree in mathematics and a Ph.D. in electrical engineering from the University of Illinois Urbana-Champaign (UIUC), in 1996 and 2003, respectively. She received the University Fellowship for graduate study in the Mathematics Department at UIUC and the M. E. Van Valkenburg Graduate Research Award for excellence in doctoral research in the Department of Electrical and Computer Engineering at UIUC.

Since August 2003, Dr. Chen has been an Assistant Professor in the Department of Electrical and Computer Engineering at the University of Utah, Salt Lake City. Her research interests are in wireless communication and signal processing, currently focused on underwater acoustic communication, wireless communication, coding, information theory, and queueing networks. She received the prestigious National Science Foundation Faculty Early Career Development award in 2006. He is an expert in the general area of signal processing with current interests in adaptive filters, multicarrier communications, detection techniques for space-time coded systems, cognitive radio, and signal processing applications to optical devices. In the past, he has made significant contributions to the areas of adaptive filters theory, acoustic echo cancellation, magnetic/optical recoding, and digital subscriber line technologies. He is the author of the books “Adaptive Filters: Theory and Applications” and “Signal Processing Techniques for Software Radios.” 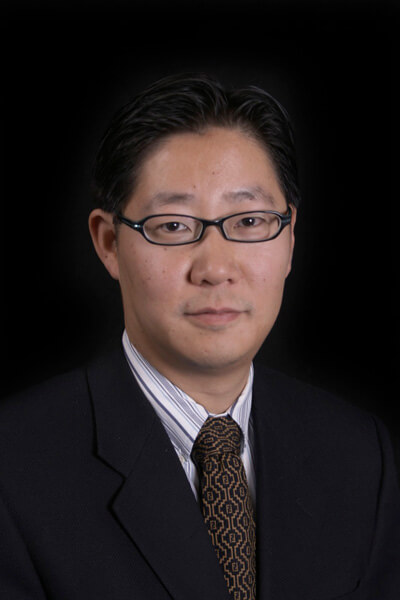 From 2006 to 2009, he held a postdoctoral research fellow position at the Engineering Research Center for Wireless Integrated MicroSystems (WIMS), University of Michigan. Since 2009, he has been a Utah Science Technology and Research (USTAR) Assistant Professor in the Department of Electrical and Computer Engineering at the University of Utah, Salt Lake City.

His research interests include the design, fabrication, and testing of MEMS actuators and sensors; technologies and structures for polymer-based bioapplications; micro energy harvesting devices; analog and digital integrated circuits for MEMS; and micropackaging technologies.

Dr. Kim is a recipient the 2012 NSF CAREER Award and 2011 DARPA Young Faculty Award. He received both the Best Paper Award and the 1st Place Award in the Design Automation Conference Student Design Contest in 2001 with four other coauthors. He was also a recipient of the Best Paper Award at the International Conference on Commercialization of Micro and Nano Systems (COMS 2008) with eight other coauthors. Rajesh Menon, who joined the University of Utah in 2009, received his S.M. and Ph.D. degrees from MIT. He was a research engineer and a post-doctoral scientist in the Research Laboratory of Electronics at MIT. He From 2005 to 2009, he held the position of Chief Technology Officer at LumArray, Inc, a company he co-founded with colleagues at MIT.

Prof. Menon has pioneered several technologies that will enable far-field optics to manipulate and image matter with nanoscale resolution. His research has spawned numerous publications, patents, and a spin-off company. He has led several projects in nanopatterning and nanoscopy with support from DARPA, the NSF and the MIT Deshpande Center for Technological Innovation. 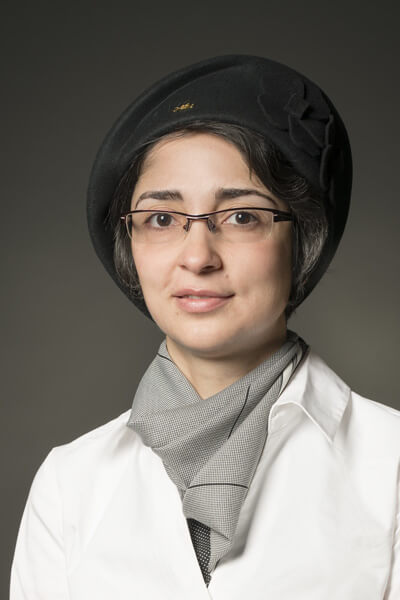 Dr. Nategh is currently an Assistant Professor of Electrical and Computer Engineering and Research Assistant Professor of Ophthalmology and Visual Sciences with the University of Utah. She is Principal Investigator in Utah’s Vision Computation Lab, which employs an interdisciplinary approach to investigate how our visual system encodes the visual world and decodes relevant information and use strategies from biological vision to enhance machine vision. Dr. Nategh also holds a U.S. patent with Camera Algorithm Group at Apple Inc. Dr. Palmer has extensive experience in cause and origin analysis of electrical accidents, electrical equipment failures, electrical fires, structural fires, vehicle fires, and explosions. He also performs product testing and design review. He has consulted on cases involving industrial processes, electric machinery and systems, elevators, consumer electronics, control systems, electric shock and electrocution. Dr. Palmer’s research led to the development of a controller device for a power transformer cooling system, resulting in a patent. He has authored over 20 journal and conference publications. 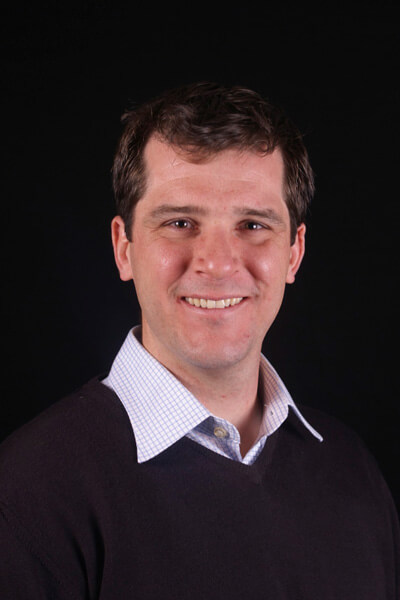 Mike Scarpulla received his bachelor’s degree in materials science and engineering from Brown University. He completed his M.S. and Ph.D. degrees at the University of California, Berkeley.

Scarpulla is an Associate Professor of Materials Science and Engineering and of Electrical and Computer Engineering at the University of Utah. He leads a research group in the Semiconductors and Photovoltaic Materials Laboratory. Their research involves materials and devices for thin film photovoltaics, earth-abundant compound semiconductors for thin film photovoltaics, laser processing of CIGSe and CdTe, and electrical and optoelectronic characterization of thin film devices. Their research also explores basic problems in semiconductor growth and physics, especially of semiconductor alloys. David Schurig received his B.S. in Engineering Physics from University of California, Berkeley and then worked at Lawrence Berkeley Lab on laser ablation and photoacoustic spectroscopy. After enrolling in graduate school and performing many unpublished experiments, Schurig submitted a theoretical thesis on negative index media, the perfect lens, and related structures to his committee. In 2002, he received his Ph.D. in physics from University of California, San Diego.

Prof. Schurig also worked for the California Space Institute, performing space mission feasibility studies, and for Tristan Technologies designing and building cryogenically cooled, SQUID-based instruments. He left California to work for David Smith at Duke University, where he was supported by the Intelligence Community Postdoctoral Fellowship Program. He then worked as an assistant professor in North Carolina State’s Electrical and Computer Engineering department.

Prof. Schurig joined the Electrical and Computer Engineering Department at the University of Utah in January 2011. His current research interests include the design, analysis and fabrication of metamaterials in frequency ranges from megahertz to petahertz. 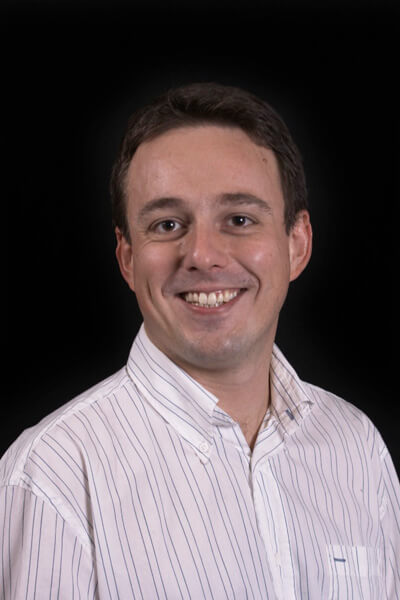 Tolga Tasdizen completed his B.S. in Electrical Engineering at Bogazici University in Istanbul, Turkey in 1995. He earned his M.S. and Ph.D. in Engineering in 1997 and 2001, respectively.

His research group works in the general areas of image processing, computer vision and pattern recognition. Their research explores machine learning and variation methods for image restoration, segmentation, and analysis. 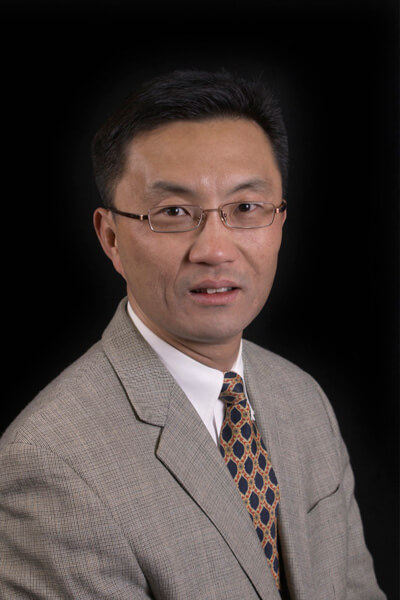 Darrin J. Young received B.S., M.S., and Ph.D. degrees from the Department of Electrical Engineering and Computer Sciences, University of California, Berkeley, in 1991, 1993, and 1999, respectively.

He is the author or coauthor of many technical papers published in journals and conferences. His research interests include microelectromechanical systems (MEMS) design, fabrication, and integrated analog circuits design for wireless sensing, biomedical implants, communication, and general industrial applications.

Dr. Young is an Associate Editor of the IEEE Journal of Solid-State Circuits and the Chair of the IEEE Electron Devices Society MEMS Committee. He has also served as a technical program committee member and session chair for a number of international conferences.

You can learn more about the University of Utah’s online Master of Science in Electrical and Computer Engineering program by filling out the fields below to download a free brochure. You can also call us toll-free at (888) 684-8510 to talk with one of our admissions counselors.

* All Fields are Required. Your Privacy is Protected.
Are you enrolling from outside the U.S.? Click Here.